ORIGIN OF THE WORD JERKY

From the Incas tradition of Ch’arki, to the Carqui of South America, we come to speak of the Jerky of North America.

The word evidently derives from Southern and pre-Columbian relatives; Ch’arki-Charqui-Jerky.

Probably the Spanish Conquistadores, landed on the coasts of Mexico, encountered the Inca tradition of the Ch’arki. The storage of dried meat was extremely efficient and therefore they began to produce dried meat for exploration of the interior and for travel by sea. When they then moved to North America, they encountered Native Americans and the pemmican tradition. So the Native Americans began to call the dried meat with the Spanish name “charqui” but giving their pronunciation and their accent to the word. Thus the jerky was probably born.

THE JERKY AND THE CONQUEST OF THE AMERICAS

The Jerky became popular in the Americas in the 1500s, as it allowed soldiers and explorers to have sustenance in their travels and conquests. The elements that made it popular were its long shelf life and the fact that it could be produced anytime and anywhere. The fruit of a hunting trip could be eaten fresh on site and prepared for conservation, thanks to drying with camp fires.

In the early 1800s, cowboys were used to hauling dried or salted meat as they moved cattle from pasture to pasture. He gave them a nutritious snack to chew on during the long hours they had to work, and it was generally a pleasant experience. This was at a time in America when dried meat was understood and made from various types of meat.

After the declaration of independence, dried meat became more of a food of pleasure than a food of war and survival.

For a long time, snacking had a reputation for allowing new territories to be conquered without people starving or dying from food-related diseases, very common at the time. Subsequently, that consumption motivation has diminished more and more.

At the end of the 19th century, the product was increasingly aimed at the common consumer rather than at the explorer or soldier. Yet again, the jerky proved immensely valuable during World Wars I and II. During the war, jerky was used in the so-called C-Rations for American troops. 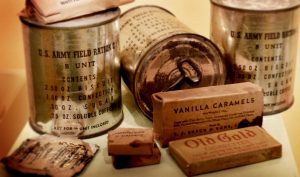 THE PRODUCTION OF JERKY

The Incas practiced cold drying thanks to the climate of the Andes. Native Americans pulverized the meat and mixed it with animal fat and berries from the forest. The Spaniards used hot drying or smoking.

The US government has set guidelines for the domestic production of beef jerky. It basically suggests drying the meat for 8 hours at 70 degrees centigrade (165 degrees F) to reduce the risk of Salmonella and E. Coli.

THE JERKY IN THE DAY OF TODAY

The spices used vary from simple salt to mango, lemonfresh, etc. The limit is the imagination.

In the United States on the label we often find every type of chemical additive possible: nitrites, nitrates, ascorbates, acidity regulators, dyes …

The technology of food preservation has allowed the creation of single-dose bags of product that do not require refrigeration. Just a cool, dry place. This is also thanks to the use of Oxygen Absorber.

On the market there are Jerky sachets with variable weights, in a modified atmosphere.