In South Africa the indigenous Kohisan populations (Hottentots and San) used to hunt game in groups for survival already in the pre-colonial period.

The Kohisan people have handed down the tradition of braai (a kind of barbecue) and the drying of meat.

In the 17th century came the Dutch, the Dutch East India Company, the Huguenots of the German order and other European peoples involved in trade.

In 1652 the colony of the Cape of Good Hope was established, later a British colony.

Afrikaneers acquired indigenous survival techniques during their explorations. The voortrekkers (explorers) thus learned the technique of drying meat giving life to the biltong.

The biltong is a compound word from the Dutch “bil”, literally “buttock”, and “tong” which means “tongue, strip”.

The preparation consists of cutting strips of lean meat, marinated in apple cider vinegar, and adding the spices brought by the Dutch settlers: coriander, cloves, black pepper among others.

The apple cider vinegar had the function of acidifying the meat, creating an unfavorable environment for the proliferation of “Clostridium Botulinum”.

The meat was prepared with vinegar and spices then hung to be air-dried for two weeks during the winter when colder temperatures further inhibited the growth of fungi and bacteria. Once dried it was ready to be packaged in cloth bags that allowed air circulation to prevent mold.

When prepared with fish, mainly mullet, it takes the name of bokkoms. 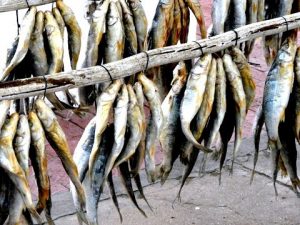 Difference between Jerky and Biltong

We talked about Jerky, the dried meat that North American explorers had learned from the Incas and Métis.

It may seem like a similar preparation, however there are substantial differences.

jerky is prepared in the form of strips of meat
biltong is made from larger pieces of meat
the jerky is dried for 8 hours at 70 ° C
the biltong is dried at room temperature for fifteen days
jerky is not traditionally prepared with vinegar and salt, but only with salt
The technology of food preservation has allowed the creation of single-dose bags of product that do not require refrigeration. Just a cool, dry place. This is also thanks to the use of Oxygen Absorber.

On the market there are sachets of Biltong with variable weights, in a modified atmosphere. Alternatively, you can also find whole pieces of Biltong to be cut with a dedicated tool. 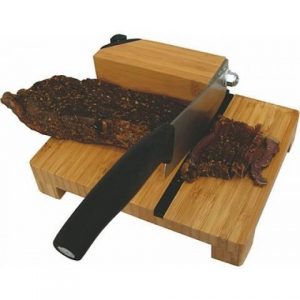